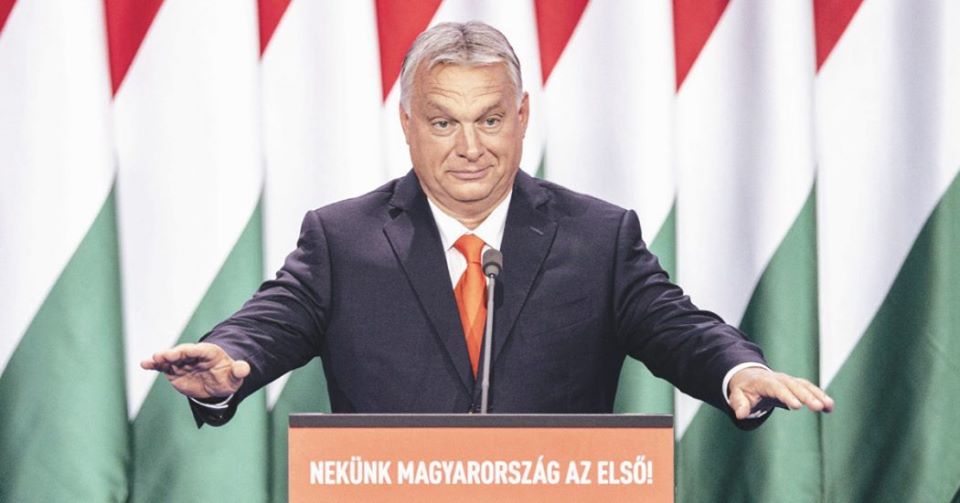 In recent days, there has been talking of Hungary and Viktor Orbán, the prime minister who, with a law approved by parliament, has obtained “full powers”.

What’s going on in Hungary?
More powers have been conferred on the executive, which can govern by decree and decide to suspend the sessions of Parliament.
The elections of every order were suspended (as in other countries where the epidemic is taking place, we remember that in Italy on 29 March an important constitutional referendum had to be held which was annulled).
Penalties are increased for those who spread false news or that disturb public order, penalties from 1 to 5 years (in Italy arrive in 6 months).

Other Hannon countries enacted similar rules?
The President of the United States, Donald Trump, began to call himself “wartime president”.
Israeli Prime Minister Benjamin Netanyahu has authorised the Israeli security agency to track citizens using a secret set of cell phone data, and the government can punish those who defy the orders of isolation with a maximum of six months in prison. In addition, the closure of the courts has been postponed to a date to define the trials against the premier.
In Jordan, Prime Minister Omar Razzaz said that his government “will deal with anyone who spreads rumours, falsehoods and false news that sow panic”.
In Thailand, the government led by Prayuth Chan-Ocha has the authority to impose curfew and censor the media. Journalists have been sued and intimidated for criticising the government’s response to the management of the epidemic.

What form of government does Hungary have?
According to the previous Constitution of 1947 (strongly amended in 1990), the country was a parliamentary republic. The National Assembly (Országgyűlés), the unicameral national parliament of Hungary, was composed, until 2011, of 386 members, elected every 4 years. To gain access to Parliament, the parties had to exceed the threshold of 5% of the popular vote. Since 1 January 2012, with the entry into force of the new Constitution, the name of the state has simply become “Hungary” and the word “Republic”, which previously characterized the full name of the state, no longer appears in the new constitutional text. In addition, the members of the National Assembly were reduced to 199 members.
In the last elections, Orbán the Fidesz’s party took 49% of the vote, obtaining 66% of the seats. This is because the opposition was divided into several parties and because the Hungarian electoral law favours the majority party.

Is Hungary democratic?
No, Hungary is not a democracy, or at least it is not a liberal democracy. That is, the three powers of the state are neither in balance nor independent. The executive has a greater role and there are no independent powers that control it. This is mainly because a party, the Fidesz, has had an overwhelming majority in Parliament for 10 years. In this way, the Fidesz could easily occupy the largest number of institutional offices of the State, which happened legitimately. This “strong” role of the executive is augmented with the state of emergency.

Is Hungary a dictatorship?
No, Hungary is not a dictatorship. In Hungary, the last elections, the local elections of 2019 saw opposition candidates win numerous municipalities, some even important as the capital Budapest. Freedom of the press is guaranteed even if it is not in very good health. Citizens’ civil and political rights are guaranteed.

The situation in Hungary is much more complex than one might imagine. According to Platonic doctrine, every people decides the form of power that best reflects the people.
Hungary is a newly born state; on 23 October 1989, it started with the 1990 elections.
Already subdued in the Austro-Hungarian kingdom, divided in 1920 with the infamous Treaty of Trianon (where it was subtracted more than 2/3 of the population and 72% of the territory that belonged to it), then under Nazi domination, then communist, comes today shaken by numerous wars and dominations.
The Magyar people have overcome with vigour and strength all that they have seen, with will and strength.
They were able to conquer freedom, knowing how to use it in the best possible way.

We must understand that political stability is very different from dictatorship.
The parliamentary majority is synonymous with stability, not with the illegal occupation of parliamentary seats.
Long-term governance is not synonymous with an illiberal regime.
A new way of managing public affairs, approved by the citizens, is being tested. With powers that, in the rest of Europe, other countries have already institutionalized.

I strongly believe that Hungary knows what dictatorship is, they have experienced all that the world worst has succeeded in creating: communist and Nazi-fascist dictatorships.
They only want stability and security, we try to understand this and to analyze the issues respecting the will of the people.
To our politicians, I strongly advise to think before thinking, quoting Andrea Cammilleri.