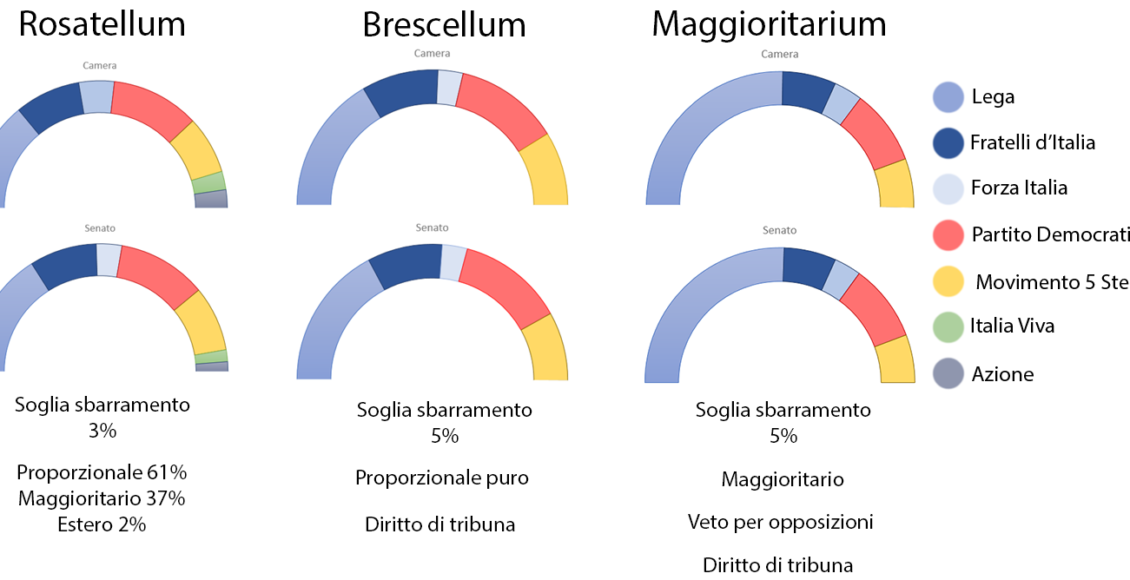 WHY SHOULD WE VOTE YES?
The constitutional reform, with the cut of 345 parliamentarians, a saving of 100 million per year for a total of 500 million in a legislature.
From a numerical point of view, Italy with 400 deputies and 200 senators would have 1 MP per 100,000 voters, compared to an average of 1 per 190,000 democracies with more than 30 million inhabitants. The United States, for example, has a total of 535 members of parliament and senators, despite a much larger population than we have.
The reform would also reduce the fragmentation of parliamentary groups, making Parliament more streamlined and efficient with those elected who will be more accountable and recognizable.

Why did you vote no?
According to those who will vote No in the referendum, the real savings would not be 100 million a year but 82 million (53 million in the House and 29 million in the Senate), which would then become 57 million (285 per legislature) because it must be considered the net salary and not the gross one.
Moreover, the reform disproportionately and unreasonably reduces the representation of entire territories. Cutting the number of parliamentarians will weaken the relationship between the elected and voters, with Italy which is already one of the countries with the lowest ratio of population and number of elected.
Finally, if the Yes wins, it will be necessary to change the Constitution regarding the election of the President of the Republic, rebalancing the numerical relationship between parliamentarians and regional delegates.

WHAT WOULD HAPPEN IF WE WENT TO VOTE AFTER THE REFERENDUM?
As the image below indicates, there would be two different scenarios.

What do you think of the referendum? It would be interesting to know what you think, respecting the opinions of others.